The Dutch Education Behind Foreign Prison Bars Foundation is organising remote education for Dutch people in prisons abroad. Every year, some 250 Dutch detainees receive education that is in line with their backgrounds and their possibilities. The Foundation now looks for further cooperation to make education material available for FNPs in Dutch prisons as well.

In addition to Dutch people held in foreign prisons, there are many nationals from other European countries in Dutch prisons. They, too, have a right to suitable education – in the language of their own country – but until now it has not been possible to realise this. As on September 2017, the ‘top 5’ countries of origin of foreign detainees in the Netherlands, in terms of their numbers, are Morocco, Poland, Romania, Turkey and Algeria.

In 2017-2019, Frans Lemmers, volunteer-director of the Eabt Foundation (Educatie achter buitenlandse tralies), will be looking for persons and organisations from these 5 countries, with the willingness and ability to make education material available to their nationals detained in the Netherlands to improve these nationals chances of functioning better in society. For the time being, this effort, made in collaboration with EPEA-NL (and Erasmus K1), will be focused on the top-5 countries mentioned above. In this way, these detainees can use their detention situation to work to improve their future prospects. Employees and organisations in prisons, education in the respective countries, and their Non-Governmental Organizations can play a key role with respect to educational material and study guidance and support.

This is important, for foreign nationals detained abroad should also qualify for rehabilitation and reintegration programmes, and education can play a major role in this respect. It is generally known that foreign detainees are entitled to suitable education in this field as well. The penitentiaries and organisations in the home countries of these detainees also have an important task to fulfil. Collaboration is essential and relatively easy to realise, as has been proven by the Netherlands in the past few years and by the Eabt Foundation in particular.

Frans Lemmers calls upon persons and organisations from the afore-mentioned countries and from European countries not included in the top 5, if they are willing and able to cooperate in this initiative, to contact us via [email protected] or via PO Box 9005, 6070 AA Swalmen, the Netherlands.

Frans Lemmers worked for 18 years as a manager in Dutch penitentiaries, for eight years as a director/national project manager in addiction treatment and for ten years as a manager in the Dutch Probation Service, charged specifically with the care for Dutch nationals in foreign detention. He is the founding father of the highly successful as well as unique project ‘remote education for Dutch detainees in prisons abroad’. 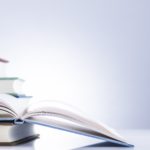 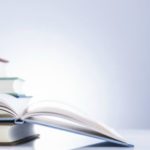 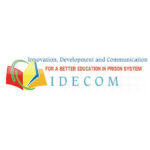