The overall European imprisonment rate- the number of persons in prison per 100,000 inhabitants – fell again slightly in 2020, consolidating a trend that started in 2013, according to the Council of Europe’s Annual Penal Statistics on Prison Populations for 2020, released today (see also the Key findings).

Since 2013, when it peaked at 131 inmates per 100,000 inhabitants, this rate has fallen every year, reaching an overall decline of 20%. According to Professor Marcelo Aebi, Head of the SPACE research team from the University of Lausanne, this reduction partly reflects the decrease of traditional offences like theft and robbery over that period, which has not been compensated by the increase of cyber-related offences, namely cyber-frauds. Cybercrimes lead to less convictions because the perpetrators are often based outside the national territory and are difficult to trace and sanction.

For the first time, information was collected on the number of children living with their mothers in penal institutions, a total of 1,608 children in 37 administrations that provided this data. In most administrations (21) children could stay with their mothers inside penal institutions up to 3 years, the second most common limit being 1 year (7 countries).

This issue has been of particular concern for the Council of Europe, which in 2018 issued a Recommendation to its member states aimed at protecting children with imprisoned parents, including infants living with their parents in prison. It is estimated that more than 2 million children in Europe have a parent in prison

The 87,367 women in prison represented 5% of the total prison population. The median age of all inmates was 36 years, 15% of them being over 50 and 2.5% of them 65 or over. The overall percentage of foreign inmates among the prison population increased from 14.4% in 2019 to 15.1% in the 40 countries that provided this data, but with important differences across countries. The proportion of inmates not serving a final sentence remained stable (22%).

Drug-related offences continued to be the reason for which prisoners had been convicted most often in the 42 prison administrations that provided this data (close to 260,000 inmates representing 17.7% of the total prison population), followed by theft (199,000 inmates, 13%) and homicide – including attempts -(169,000, 12%). Four of every 10 inmates had been convicted for offences involving violence (homicide, assault and battery, rape and other sexual offences, and robbery).

For methodological reasons, some of the data collected refer to the year 2019. At European level, the average length of imprisonment- which strongly impacts prison imprisonment rates -fell from 8.1 to 7.8 months from 2018 to 2019. The cost of imprisonment grew by 5%, totaling 27 billion euros in the 42 prison administrations that provided this information.

The SPACE surveys are conducted every year for the Council of Europe by the University of Lausanne. The SPACE I survey contains information from prison administrations in the 47 Council of Europe member states, whereas the SPACE II survey focuses on probation populations.

This text is used from Council of Europe on Statistics page here. 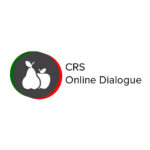 Feature article: Towards a model of prison regulations in accordance with the provisions of the International Convention on the Rights of Persons with Disabilities
Read more

UNODC Handbook on the Classification of Prisoners (2020)
Read more 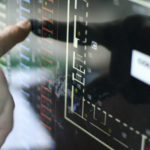 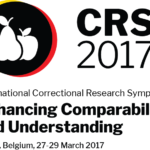