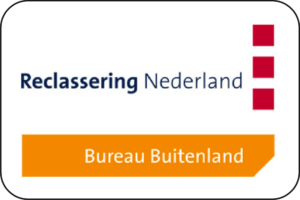 Bureau Buitenland, the International Office of the Dutch Probation Service, supports family and friends of Dutch prisoners abroad. For instance, by organizing quarterly meetings for them in Utrecht. They are welcome to bring someone; there is room for about 30 people. Travel expenses are reimbursed and lunch is included. The idea was inspired by Prisoners Abroad, who have been known to organize such meetings for a long time now.

During these meetings the regional co-ordinators of Bureau Buitenland offer information and advice. Also, speakers of several relevant organisations are invited. But more importantly, the relations of the prisoners get the opportunity to meet their peers and exchange experiences.

Recently, an interview by Marjolein van Rotterdam with one of the attendants has been published in Comeback magazine, a periodical for Dutch prisoners abroad. Ms Rotterdam spoke with Manon, mother of 21-year old Michael, imprisoned abroad. Manon tells about the arrest of her son and how her life was turned upside down by all of the events following. Eventually, Michael was sentenced to 5 years.

Two days before the meeting, there was a terrorist attack in a tram, which took place nearby the office of the Dutch Probation Service, where the meetings are held and she almost did not go. In retrospect Manon was very glad that she went after all. Finally, she could talk to people who were in a similar situation which made her realize she was not alone. Also, she could speak with employees of Bureau Buitenland who were understanding and knew all about the country her son was imprisoned. “During the meeting, a lot of information was given. Also about the law that makes it possible for detainees from European countries to be transferred to their country of residence to serve the remaining part of their sentence. The rules are quite complicated, but the explanation was very clear. I would advise anyone to attend one of these meetings. It really helps you cope with the situation.”

It is safe to say that the home front meetings are very popular and always fully booked.

In 2020, two extra meetings are planned, exclusively for contact persons of prisoners in countries where prison circumstances are very poor.

*The names Michael and Manon in this article are fictional.