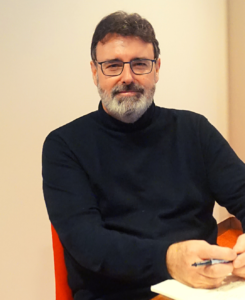 Nick Hammond, Coordinator of the Expert Group of Foreign Nationals in Prison and Probation (FNPP)

Nick Hammond, the current Coordinator of the expert group of foreign nationals in prison and probation will be leaving EuroPris after working with us since 2013. With this interview, we would like to thank him for his great contribution to EuroPris, and share as well as highlight his rich background in working on foreign nationals in prison and probation.

What is the story behind you becoming the coordinator of the FNPP expert group?

Working in the Probation Department of the largest women’s prison in Europe, HMP Holloway in the late 1980’s, first introduced me to the issues facing foreign nationals in the criminal justice system and the challenges to prison and probation services. Leaving prison to establish a specialist probation unit working with foreign nationals that got arrested at Heathrow Airport, I then went on to work with offenders with a wide range of nationalities and immigration status’s probation & prison staff in London increasingly faced in their mainstream, day-to-day work.

From there I moved into staff training and policy development for the probation and prison services, initially for London and then at HMPPS Headquarters developing national policy and practice.

I have been fortunate to be involved in European criminal justice cooperation since the 1990s, initially through CEP, multi-national EU Projects and the precursor to the present group, the European Group of Prisoners Abroad, EGPA. It was inevitable given the increasing importance of the issue of foreign national offenders and prisoners within Europe, that with the establishment of EuroPris, a combined EuroPris/CEP expert group was created in 2013. Bringing together the knowledge, talent and commitment of professionals representing prison and probation services, NGOs working with their nationals imprisoned abroad and Universities. Since 2013, the EuroPris/CEP Foreign Nationals in Prison & Probation expert group has been at the forefront of sharing information and best practice in meeting the needs of prison and probation services and NGOs. Since retiring from HMPPS, England & Wales in 2015, it has been a privilege and pleasure to be the Coordinator of the FNPP expert group on behalf of EuroPris, CEP and their members.

Which outputs of the group are you most proud of and why?

The FNPP expert group aims to promote better national regulation and best practices for foreign nationals in prison and probation in Europe. We wish to contribute to a greater awareness of FNPP issues through work, study, cooperation and collaboration with specialist organisations, groups and experts to improve the management, rehabilitation and resettlements needs of FNPPs. I think that we have had successes in this through a busy schedule of international workshops, dedicated Newsletters, webinars and many contributions/presentations/discussions in seminars of the ERA, the Council of Europe and others over the past 8 years. For example, a key and productive relationship has been with the Council of Europe through the promotion of their Recommendations on Foreigners in Prison 2012(12).  This resulted, in particular, in a productive collaboration with the CoE HELP Programme, creating a FNP e-learning module for staff training, translated into five languages which has proved useful and valuable, promoting practical initiatives for improving the treatment and management of FNPs using the CoE 2012(12) recommendations as a basis for change: E-learning module on managing foreign national prisoners. To view the expert group page to find all the outputs, click here.

Working closely with the EuroPris, a small, highly-skilled, motivated team, expertly and led and inspired by Executive Directors, Kirsten and now Gustav, EuroPris certainly ‘punches above its weight’. It has been a great personal pleasure to work alongside them, the CEP, and the members of the FNPP Expert Group and to have been able to contribute in this area of CJ policy and practice which is of increasing importance to Europe. It is not a full ‘goodbye’, being an expert group, individuals contribute as required so though it is time to pass on the coordinator role, I may well contribute in other ways.