Organisational changes by the National Probation Service, England & Wales, in their work with foreign national offenders (2020) 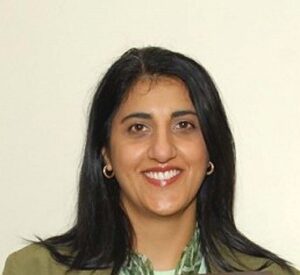 Author: Kilvinder Vigurs
Kilvinder has worked within criminal justice for 31 years with 26 years in Probation. She trained as a Social Worker and in 1997 at Manchester University before starting her career as a Probation Officer in Oxfordshire. Kilvinder has a strong operational background as a middle manager but moved into strategy when progressing to Assistant Chief Probation Officer and Director in Thames-Valley, with her portfolios being Public Protection, Risk (as a professional concept) and commissioning for Health, Learning Difficulties and Women.
Kilvinder led on the Government’s Transforming Rehabilitation Programme in Thames Valley splitting the service into NPS and CRC.  Following the split, Kilvinder was successful in securing the role as Head of Public Protection for the South-West and South-Central Division in the newly formed National Probation Service, with the national lead for safeguarding children.  In 2016, she was promoted to Operational Director for London NPS and held the national portfolio for National Security. In April 2020, in preparation for the Unification Model, Kilvinder’s role was revised to Regional Director, NPS London, with her national leads now being Ex-Military and Foreign Nationals.
Kilvinder is experienced in working strategically across government departments and at the international level working closely with the European Union in relation to reduction radicalisation.  Her role routinely brings her into Political limelight given that London is the nation’s seat of power. Kilvinder’s career demonstrates a commitment to partnerships, often bringing together statutory and third sector organisations, to develop services that make communities safer and support vulnerable people.
Kilvinder Vigurs, regional Director of NPS London, has been appointed as the new NPS Foreign Offenders’ Strategic lead. Alongside Kilvinder, Carina Heckroodt, has taken up the role of FNO Operational lead. It is their vision to work with the Foreign Nationals Senior Probation Officer, Graham Johnston, to ensure and embed the effective management of all Foreign National Offenders, under the management of the Probation Service, across England and Wales.
As the first step to ensure their vision is being achieved, they have commenced a review of service delivery to Foreign National Offenders, to ensure a consistent and qualitative approach across the country. The new National Design will underpin the values of our Civil Service, namely integrity, honesty, objectivity and impartiality and ensure that these values also underpin the work we do with Foreign Nationals. From the data, it is clear that more than 60% of Foreign National Offenders with Home Office Interest, is released at some point of their sentence into the community. The aim of the new National Design is to have semi specialist Probation Officers across all the Regions, who could manage the licences they are released into the community on, to ensure that not only their identified risks are managed within a multi-agency network, but also their needs.
To further support the effective management of Foreign National Offenders of Home Office Interest, a Service Level Agreement has been signed with the Home Office Criminal Casework Department to ensure the timely management, as well as the development and improvement of performance data to inform further actions required. Close working relationships are also embedded with the HMPPS and Ministry of Justice Foreign National Offender Policy leads. The arrangements of the specialist Probation Officers working within the Home Office Immigration Enforcement Teams in Liverpool and Croydon, have also been strengthened by appointing permanent staff within these roles. Alongside these, agreement has been reached to second another specialist Probation Officer to work within the Prison Services’ newly formed FNO Resettlement Team, to focus on Foreign National Offenders, pre-release.
It is our belief that the above initial steps, and especially the closer partnership arrangements and the upskill of Probation Services’ staff, will ensure that Foreign National Offenders will receive the quality service they require.