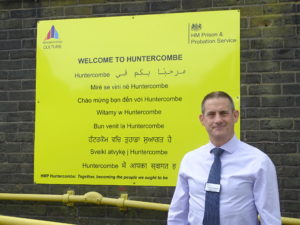 The Foreign National Resettlement project is a new initiative based at HMP Huntercombe in the UK. The project was commissioned by the Prison Group Director of the Immigration Removal Centre & Foreign National Prisons Group (IRC & FNP) and is due to run until April 2020.

After visiting HMP Huntercombe and HMP Maidstone, Her Majesty’s Inspector of Prisons (HMIP) reported “prisoners were routinely deported from the UK without their offending behaviour and resettlement needs being addressed and that there was ineffective provision of information to support resettlement in another country”.

The aim of the project is to explore resettlement opportunities for prisoners being deported overseas and review current resettlement activity to see if it can be developed further.

The project wants to look at all resettlement needs but specifically:

We want to identify practical support that can be accessed quickly.

Read the full information on the project here