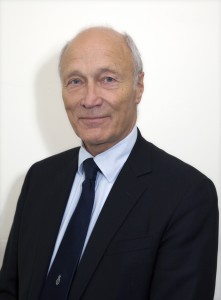 Last month, I attended the first Annual General Meeting of EuroPris in Rome. That organisation, emerging to fit a need for an organisation of practising prison professionals in Europe, is in no small measure the creation of William Rentzmann, Director General of the Danish Prison and Probation Service. As a number of us discovered in Rome, the week previous, William had announced his intention to retire in December.

There can be few people who have contributed so significantly to the field of corrections as William, or who have had such a distinguished and influential career – a career stretching back to 1970 when he first joined the Danish Department of Prisons and Probation. Apart from a short period (1996-98) when he served as Director General of the Department of Private Law, William has spent his career in the public service in the prisons and probation arena: a period – hard to believe – of some 40 years.

William’s influence has been felt well beyond his native Denmark and indeed well beyond Europe. It would be erroneous to characterise prisons as benign institutions but they are, without doubt, better places because of his influence and the values he has brought to their operation. Under his influence and guidance a style of imprisonment has emerged in Denmark – and spread further – that attempts to normalise the experience and minimise the damage of incarceration and which, importantly, underscores the professionalism of staff and the role that they can play in the process of reintegration. William’s legacy will be a lasting one, one of which he can be proud.

His intellectual and personal strengths are considerable. He has received numerous awards not only in Denmark but also on the international correctional stage. They are, in fact, too numerous to list. However, for many of us not having William as a colleague, not being able to benefit from his ever-thoughtful and sage advice, will be difficult. I’m sure, however, that his ‘phone will still continue to ring with requests for advice and the invitations to participate in ‘the correctional debate’ will still continue to ‘drop’ into his inbox. His new email address will be in considerable demand!

William’s retirement will leave a significant gap in our profession, his contribution over the past 40 years has been immense, but I am sure that you will all join me in wishing William well as he no doubt moves on to other settings and other challenges.
Ed Wozniak