This final seminar, “Improving Conditions Related to Detention” in a series of five co-funded by the European Commission on issues related to detention will focus on the follow-up to the EU’s Green Paper on detention and the ongoing debate and developments surrounding it, as well as the move towards possible new EU legislation in the field of pre-trial detention.

Have a look at the ERA website for more information by clicking here.

The final seminar of three in the project series on a more comprehensive & coherent approach in understanding and improving conditions related to detention took place at ERA’s conference centre in Trier on 15-16 October 2015, entitled: ‘Improving Measures Related to Detention Conditions at EU Level: Best Practice, Legislation and the European Commission’s Green Paper’. As the title of the suggests, the main focus was on the still ongoing debate and developments surrounding the EU’s Green Paper on the application of EU criminal justice legislation in the field of detention, but also effective national supervision of detention conditions and good practices in prison management. The event was intended primarily for judges, prosecutors, lawyers in private practice, ministry officials and officials from prison administrations, the probation system and prison monitoring bodies.

In the opening part of the seminar, with the title of ‘Improving Measures Related to Detention: Conditions at EU Level – The Need for Change’ various speakers looked at different aspects of matters that require further attention and action. The he Council of Europe’s CPT speaker analysed how prisons should be managed and appropriate policies on imprisonment developed, detailing the need for improvements within the EU. The European Parliament’s speaker explained his institutions wish to standardise legislation in the field of detention and its recommendation in changing the way the EAW is used, so as to ensure that issues surrounding pre-trial detention are addressed. It was apparent that the views expressed here were not always in line with those made by the European Commission’s speaker, when speaking about the EU’s Green Paper in the field and the way forward in implementing the relevant Framework Decisions. Whereas it was evident that the Commission currently has no appetite in moving ahead with a possible reform of the EAW, even though some issues of concern in relation to pre-trial detention are well known and were once again highlighted by the European Parliament’s speaker, it also made clear that it was now pushing for full implementation of the already existing Framework Decisions in the field, as well as ensuring their full operability, with infringement proceedings against EU member states being possible since the end of last year for failure to do so. It was evident from the discussion that ensued in the seminar that some momentum had been lost on the Commission’s side in keeping the topic high on its current agenda, but that more was to be expected in the field of possible reform, especially in relation to pre-trial detention, in the not too distant future. The presentation by the EU’s Fundamental Rights Agency of its preliminary findings on pre-trial detention in relation to its research study on detention conditions, rounded off the first session and gave some interesting insights into what will surely be an interesting study, once completed.

The seminar then went on to explore good practices in prison management, looking at the work of EuroPris in the field, as well as matters of healthcare services in prison; the psychological wellbeing of prisoners and prison education standards; the need for effective vocational training and academic education and the importance of a functioning selection and training system for prison staff, all on the basis of respective examples from Germany, Finland, the European Prison Education Association and France. The first day was concluded with a look at the role of National Preventive Mechanisms and case studies in both Poland and Slovenia.

The second day of the event was dedicated to better prison management and monitoring in Europe. Fair Trials was able to present findings from its new research on pre-trial detention in the EU and the detrimental effect it is having in many cases on the affected individuals, as well as being able to give an overview of the varying levels of its use in the member states. The findings of the Institute for International Research on Criminal Policy’s study on material detention conditions, execution of custodial sentences and prisoner transfer in the EU member states were then outlined, as well as some highlights of their booklet on the proper use and functioning of FD 909, which should be published soon, were presented.

The seminar was concluded with two simultaneous workshops on effective tools in prison management, monitoring and treatment of prisoners, with one of the two having an approach of looking more at the work of NPMs in the field and the other one focussing more on an overall analysis and comparison of best practice in the field. These two workshops offered all participants and speakers the possibility to exchange experiences, best practice and see what is working well and what is not. Overall, it could be concluded at the end of the workshops that whilst there is a general consensus on the need for further improvements in relation to the way prisoners are treated, prisons are run and also effectively monitored, there are still dividing opinions amongst member states on how best to achieve this. However, there was consensus that the momentum for the implementation and effective operation of the relevant Framework Decisions in all member states, along with a sense of mutual trust and cooperation, needs to be maintained.

Supervising Matters Related to Detention, 7-8 May 2015.

Following on from the first seminar in the ongoing series that took place in Strasbourg on 6-7 November and focused on improving conditions related to detention, the second seminar took place in the same city on 7-8 May and looked at matters relating to the supervision of detention. The Council of Europe’s and UN’s work in improving conditions formed the main focus of the event, where such things as the European Prison Rules and the review of the UN Standard Minimum Rules were discussed. Some EU Member States’ actions on improving detention conditions on the basis of best practice were also analysed, where topics from prison overcrowding to the matter of juvenile offenders and foreign national prisoners were looked at. The seminar was concluded by a session on alternatives to imprisonment, including probationary measures, and a panel discussion on the most effective way forward to ensure better prison monitoring coordination and possible alternative to detention. Discussions had during the one-and-a-half days were plentiful and fruitful. It was clear that there is a common understanding for a need for better conditions overall in many countries, but that due to all universal standards on prison conditions being of a non-binding nature, it is not always so easy to enforce these. The work of the CPT and SPT, as well as NPMs, in reporting on conditions was highly praised, as well as acting as instruments that lead to better detention conditions. In the day and age of there being real alternatives to imprisonment, it was clear from the discussion had that no clear uniform line can be found just yet on the matter, as countries approaches to this vary and there simply isn’t enough up-to-date cumulative data available at the moment to certify that probationary measures act as an effective appropriate alternative tool in all possible cases. 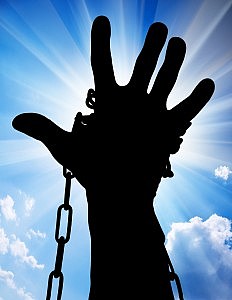 The general objective of the project is to debate and assess how European legislation, standards and forms of cooperation are applied in the field of detention in the EU Member States, EEA and Candidate Countries, as well as to look at the matters from a perspective that encourages better cooperation between countries and monitoring bodies, so as to ensure that the highest possible standards are maintained. EU and Council of Europe standards, best practice within Member States and European Court of Human Rights (ECtHR) case law will be discussed and assessed during these three seminars. The recent EU Green Paper on the application of EU criminal justice legislation in the field of detention will also be analysed and the framework decisions mentioned within it (transfer of prisoners, probation and alternative sanctions, the European Supervision Order and European Arrest Warrant) examined in greater detail. The seminars will also refer to the main uses of the Council of Europe’s (CoE) legal body on detention.

All in all, there will be three events with each having a specific focus and which will be implemented in two different cities: Strasbourg, the seat of the European Court of Human Rights and the Council of Europe and Trier, at the ERA Conference Centre.

– The improvement of detention conditions at an EU level: Best practice (also looking at detention in relation to asylum seekers), legislation and the Commission’s Green Paper on Detention (November 2015, Trier, in English and German (simultaneous interpretation)).

Each event will take the form of a 1.5 day seminar. It is envisaged that around 50 participants per event (legal professionals, heads of judicial training institutions, heads of prison administrations, officials from the probation system and prison monitoring bodies, ministry officials, etc.). It is intended to ensure a sound balance between participants from different Member States, EEA and Candidate Countries and a good mix of operators from different sectors, in order to guarantee a comprehensive discussion and a sound exchange of information during the seminars.

Representatives from the European Commission, European Parliament, Council of Europe, European Court of Human Rights, UN High Commissioner’ Office for Human Rights (OHCHR) and the UN Subcommittee on Prevention of Torture, as well as other organisations dealing with detention issues and national experts will be invited as speakers to the seminars.

Each seminar will offer a variety of training methods, from introductory to more in-depth lectures, as well as case studies and other form of interactive learning. Attention will be given to discussion of the material covered in smaller groups, in order to facilitate the exchange of ideas between the various participants and countries present at the seminars. Lectures and workshop sessions will be presented by EU, international organisations and other bodies, as well as national, experts.

The project will cover the largest possible number of EU legal systems and involve experienced legal practitioners and people involved in prison management, who will be able to compare experiences and practice of applicable European and international standards and legal instruments.

The major objectives of the project can be identified as follows:

This project proposal will build on the currently running project on detention related issues and improving conditions, co-financed by the European Commission, and will incorporate lessons learnt from it.

Seminar: Alternatives to Detention in the EU (Bucharest, 2016)
Read more

Seminar: The Impact of Detention on Prisoners (Madrid, 2016)
Read more