In September 2017, the Norwegian prison Norgerhaven in the Netherlands hosted an international football tournament. The event was a great success and the 12 teams consisted of (ex-)detainees, staff, homeless people and even a few famous former professional football players. The Netherlands, Norway, Germany and Ireland were represented and the purpose of the tournament was to fraternize, activate and connect people in an extra-ordinary event.

Click here to see the Irish newspaper articles about the tournament and the programme: 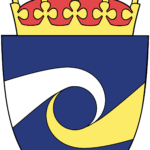